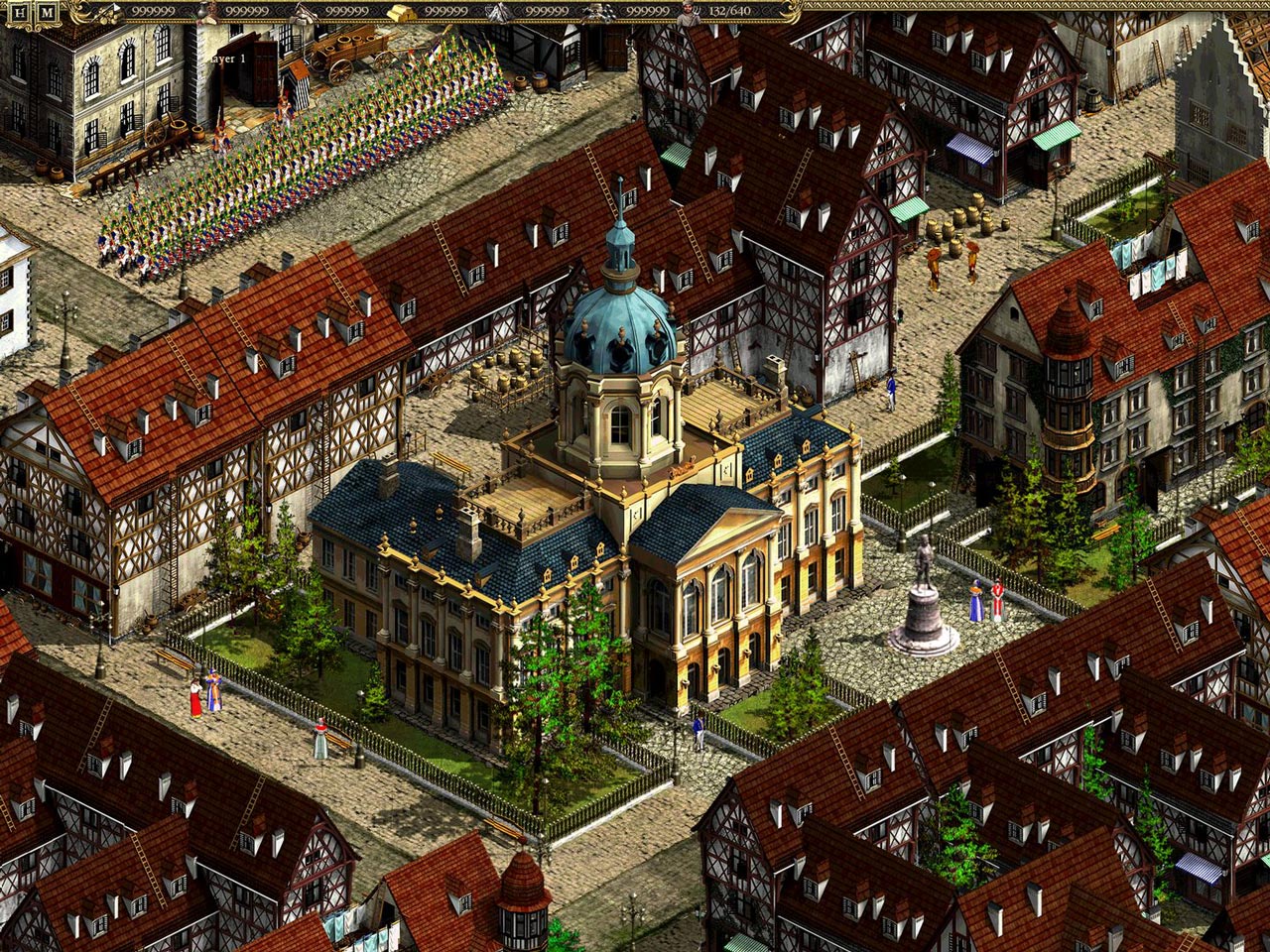 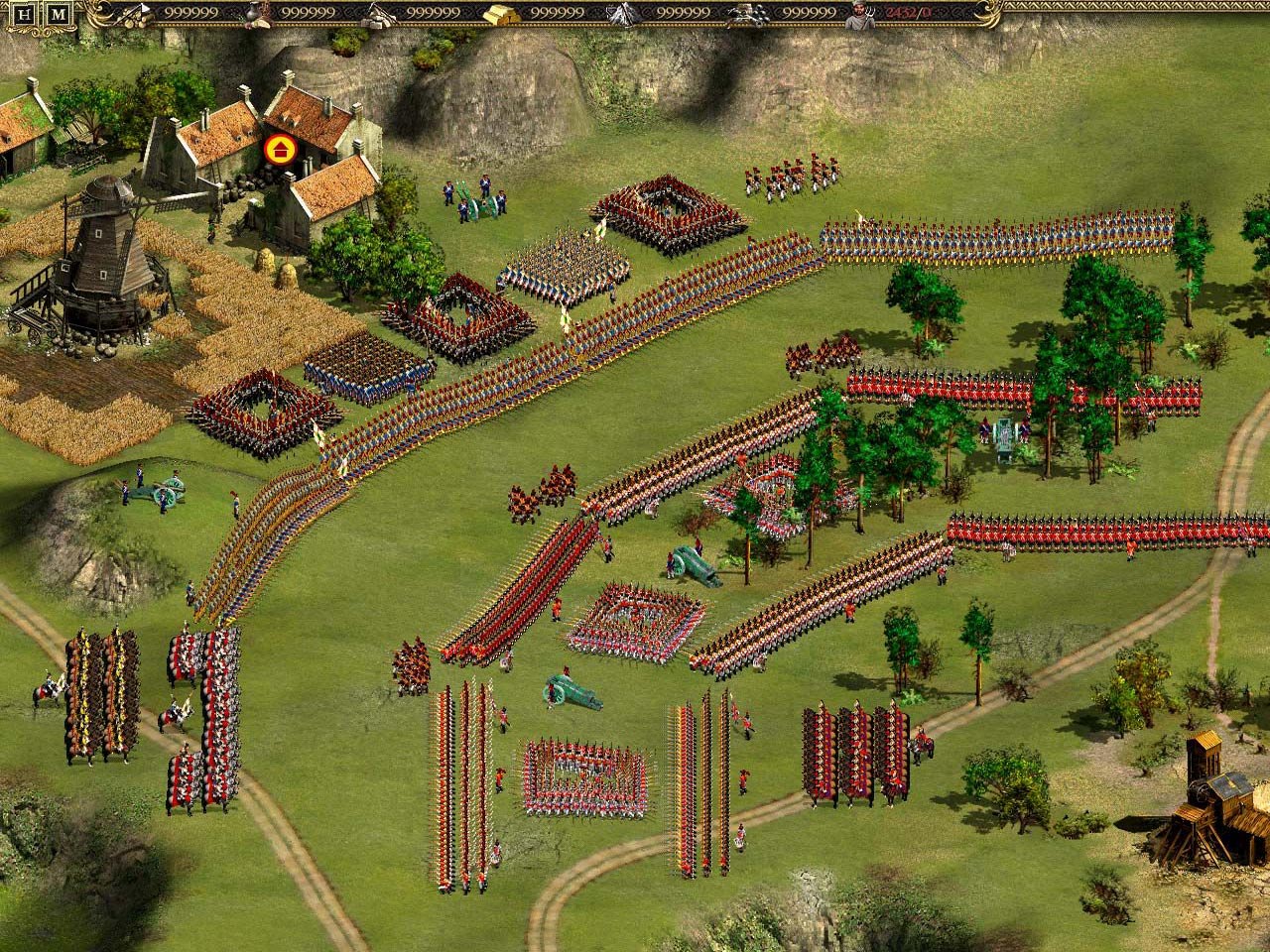 AlternativA information about the seller and his items
onlineAsk a question

This edition has no regional restrictions

=======================================
The historical real-time strategy "Cossacks: The Last Argument of the Kings" is dedicated to events that took place on the territory of Europe in the 17th-18th centuries. This time has become known in history as the era of great and continuous wars and battles - it is they who are given the highest priority in the game. The 30-year and 7-year wars, the war for the Austrian Legacy, the Russo-Turkish wars, the Civil War in England, the Turkish expansion into Europe, the War of Independence of the Ukrainian people, the Northern War, the Polish-Russian War, the Netherlands War for Independence and much more on game pages of the continuation of the "Cossacks". Here you can feel the unforgettable spirit of the grandiose European battles of the past, and also replenish your knowledge of history. In addition to the 16 countries that existed in the original "Cossacks", the circle of belligerent nations in the game was expanded by two more - Bayern and Denmark. Each of the countries is represented by a set of unique architecture and combat units, has its own model of economic development. Six new ships in addition to the seven already presented will allow you to greatly diversify your sea battles and easily frighten the hated Arab pirates with the power of battleships and frigates of the 18th century. To win glorious victories, you will have to develop the economy of your power, establish military production, build a fleet. Thanks to the introduction of a number of gaming improvements, now it will be easier to achieve a powerful development of the state, and therefore this will allow paying more attention to the conduct of military operations - because they make the enemies flee the battlefield and bring glory to your army. Continuation of the "Cossacks" will make you feel like a general who decides on the battlefield not only hundreds and thousands of his wards, but the entire state.

• 6 new ships: Victoria battleship, Flora frigate, bomb ketch, cutter, Turkish yacht, galeas
• 2 new unique Prussian units: infantryman of the 18th century and Prussian hussar
• 2 new nations: Bavaria and Denmark (with its unique architecture and one unique unit)
• 4 times the size of the card (choice of 3 different card sizes)
• 5 new campaigns: Prussia, Austria, Saxony, Algeria, Poland (30 missions)
• 4 difficulty levels for missions in campaigns
• Map and mission editors
• New modes of starting the game (armistice time, with the 18th century, with the ready army, with blockhouses, with / without fog of war, with / without seizure of peasants, etc.)
• Repair of ships
• Up to 8000 units in battle
• 18 warring countries

1. You must download and install Steam http://steampowered.com/download/SteamInstall.msi (if not already installed)
2. Run the Steam client
3. Create a new account on Steam or go to an existing one
4. Go to the "Games" section and select "Activate on Steam"
5. Enter the activation key you bought
6. After that, the game will appear in your list of games and you can install it

ATTENTION! Before buying, please check the system requirements of the game and other parameters that interest you (they may change with time). This can be done on the sites Steam / Uplay / Origin or the official website of the publisher. Goods purchased by mistake, as well as unsuitable for system requirements or region of activation, can not be returned and exchanged!

Dear customers! Convincing request, if there are any problems with the purchased goods, do not leave a negative feedback immediately. Write us a message in the correspondence (the purchase page on the site Oplata.info). We will try to respond to your message as soon as possible and promptly solve the problem. We draw attention to the fact that the basis for the exchange or return of the purchased key (key), which gives an error when activated, can only be VIDEO RECORD of the purchase process and subsequent attempt to activate it (mandatory condition - the record should not contain editing features).

We will be grateful for every positive feedback you have left after the purchase. Sincerely, the project team "AlternativA".