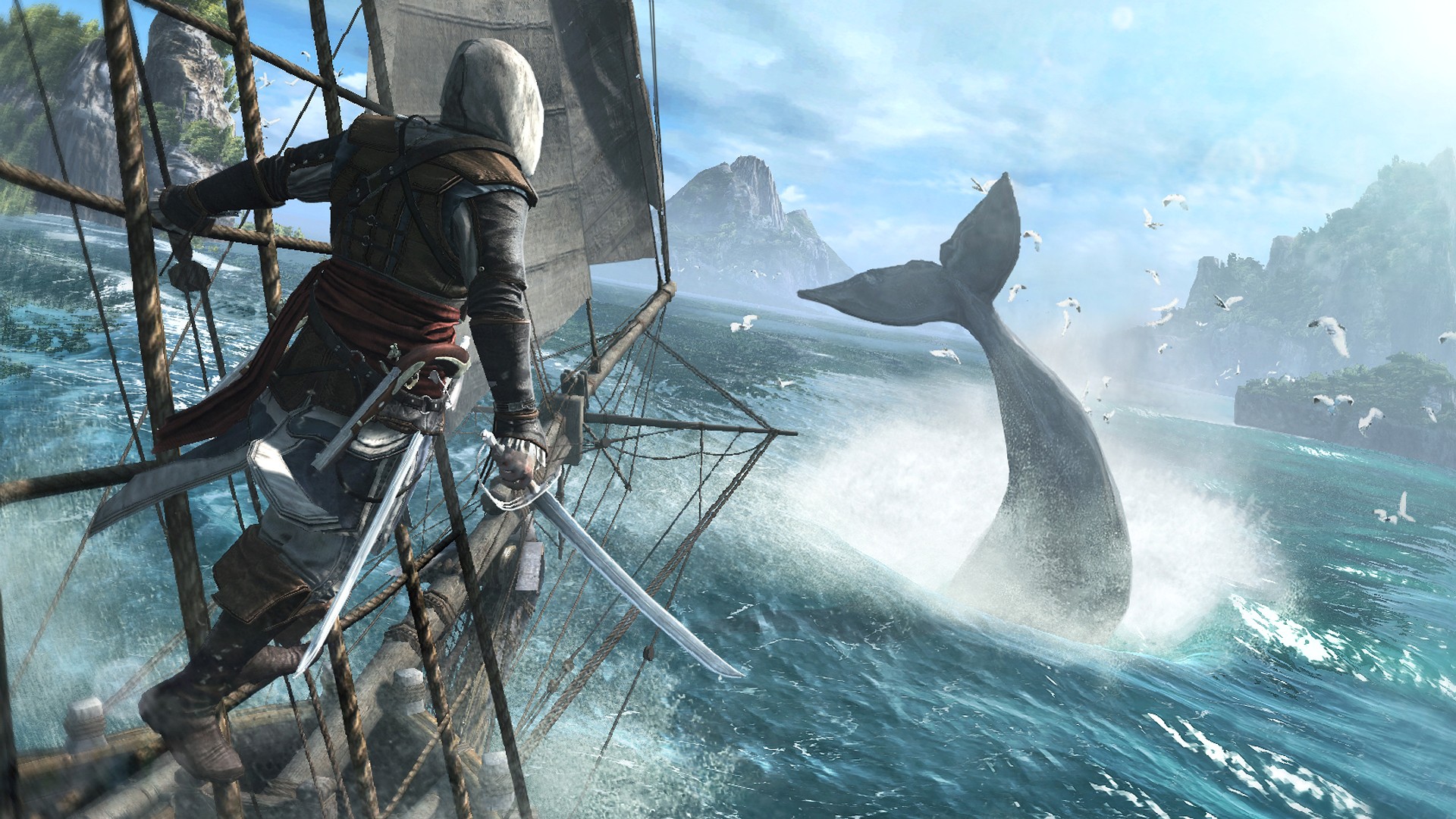 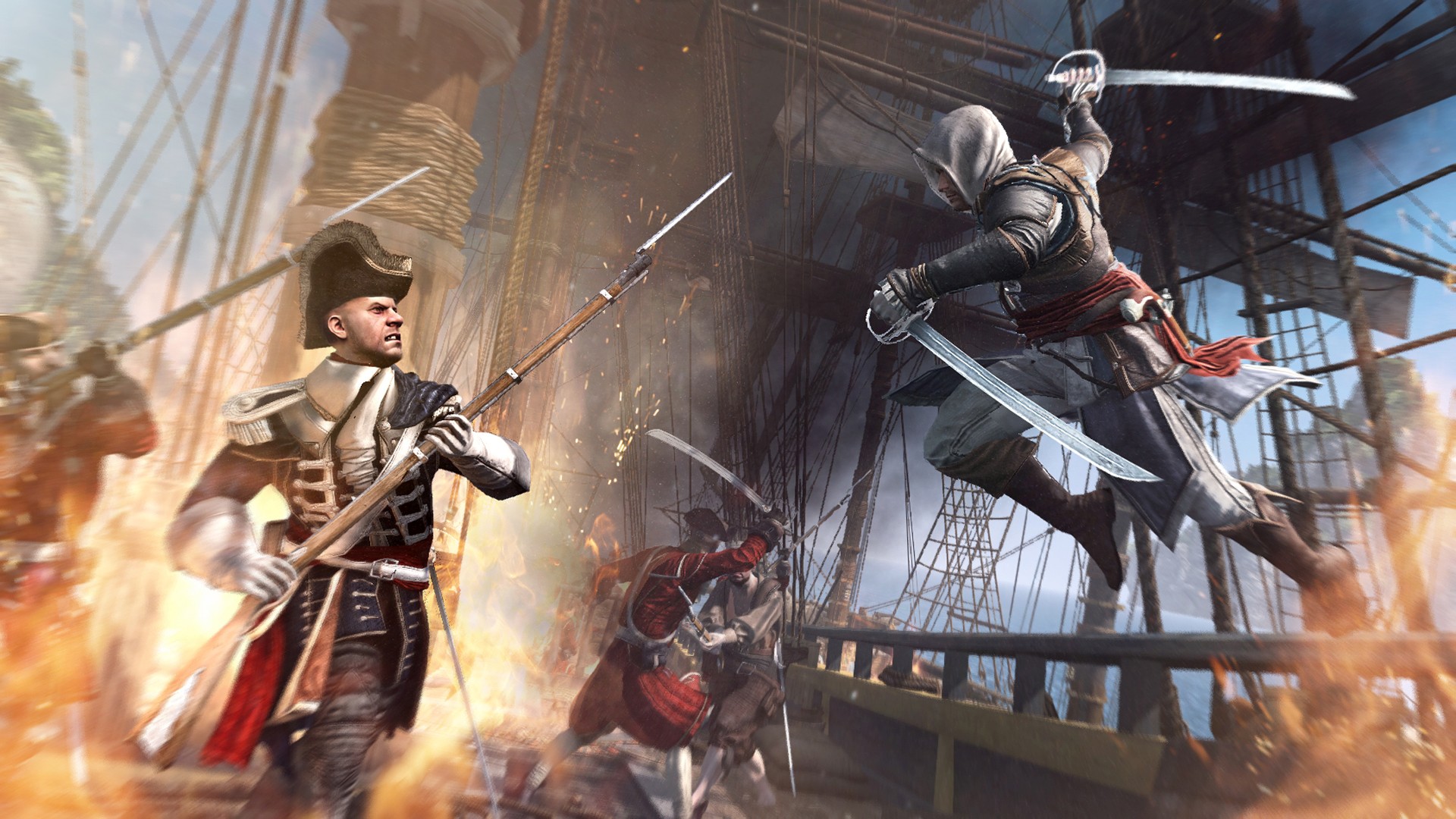 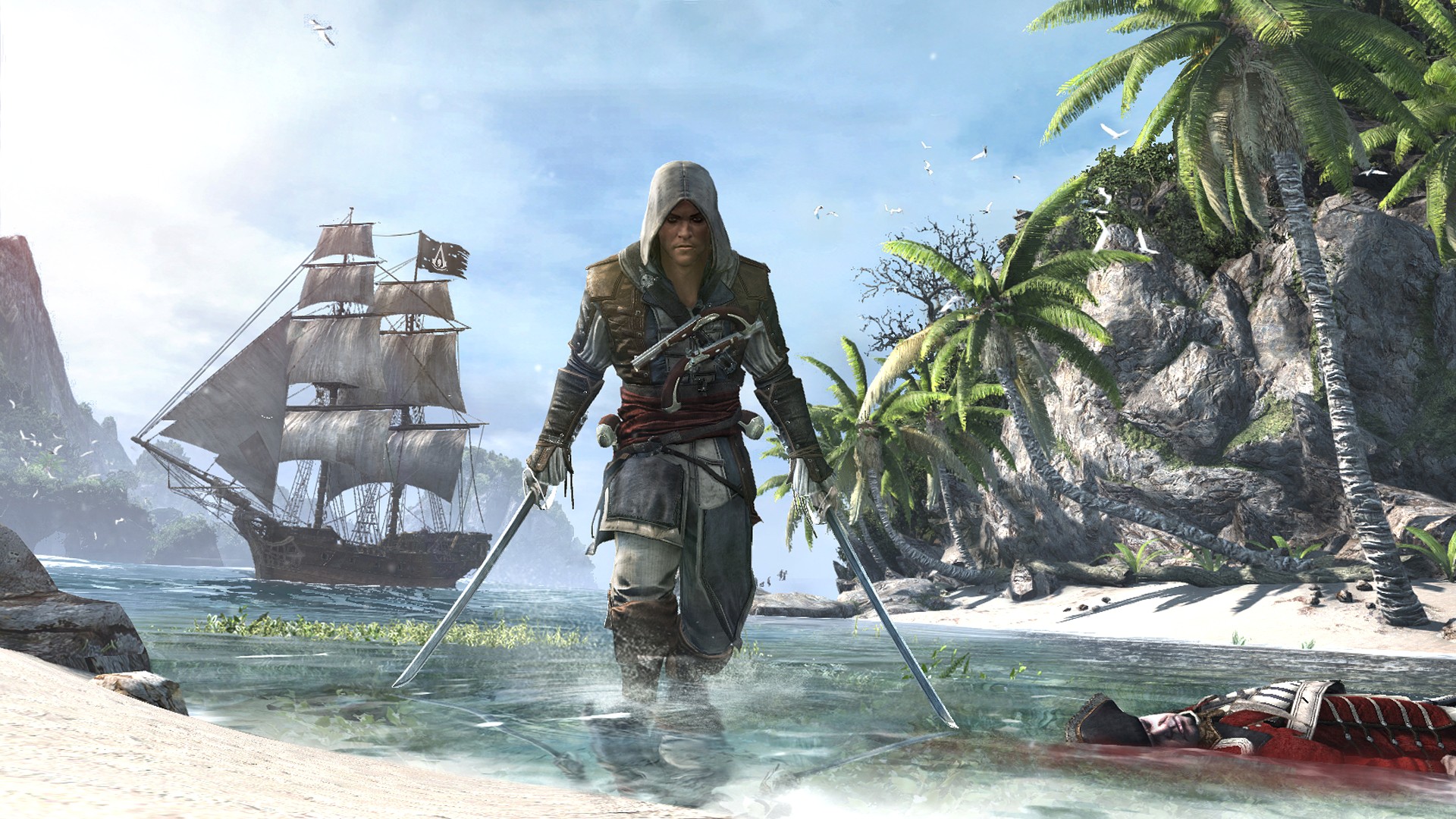 Uploaded: 06.03.2018
Content: text 35 symbols
Loyalty discount! If the total amount of your purchases from the seller KRUCHOK more than:
If you want to know your discount rate, please provide your email:

KRUCHOK information about the seller and his items
offlineAsk a question

GAME DESCRIPTION:
The year is 1715. Pirates rule the Caribbean and have established their own lawless Republic where corruption, greediness and cruelty are commonplace.
Among these outlaws is a brash young captain named Edward Kenway. His fight for glory has earned him the respect of legends like Blackbeard, but also drawn him into the ancient war between Assassins and Templars, a war that may destroy everything the pirates have built.

GAME FEATURES:
• A BRASH REBEL ASSASSIN
Become Edward Kenway, a charismatic yet brutal pirate captain, trained by Assassins. Edward can effortlessly switch between the Hidden Blade of the Assassin’s Order and all new weaponry including four flintlock pistols and dual cutlass swords.
• EXPLORE AN OPEN WORLD FILLED WITH OPPORTUNITIES
Discover the largest and most diverse Assassin’s Creed world ever created. From Kingston to Nassau, explore over 75 unique locations where you can live the life of a pirate including:
Loot underwater shipwrecks
Assassinate Templars in blossoming cities
Hunt for rare animals in untamed jungles
Search for treasure in lost ruins
Escape to hidden coves
• BECOME THE MOST FEARED PIRATE IN THE CARIBBEAN
Command your ship, the Jackdaw, and strike fear in all who see her. Plunder and pillage to upgrade the Jackdaw with ammunition and equipment needed to fight off enemy ships. The ship’s improvements are critical to Edward’s progression through the game. Attack and seamlessly board massive galleons, recruit sailors to join your crew and embark on an epic and infamous adventure.
• EXPERIENCE THE GRITTY REALITY BEHIND THE PIRATE FANTASY
Stand amongst legendary names such as Blackbeard, Calico Jack and Benjamin Hornigold, as you establish a lawless Republic in the Bahamas and relive the truly explosive events that defined the Golden Age of Piracy.
• THE BEST ASSASSIN’S CREED MULTIPLAYER EXPERIENCE TO DATE
Put your assassination skills to test and embark on an online journey throughout the Caribbean. Discover a brand new set of pirate characters, and explore exotic and colourful locations. Additionally, create your own game experience with the new Game Lab feature – craft your own multiplayer mode by choosing abilities, rules and bonuses. Play and share your newly created mode with your friends.

IF YOU DO NOT AGREE WITH THE RULES - PLEASE DO NOT BUY THE GOODS.