3D desktop in the form of a cube, very nice 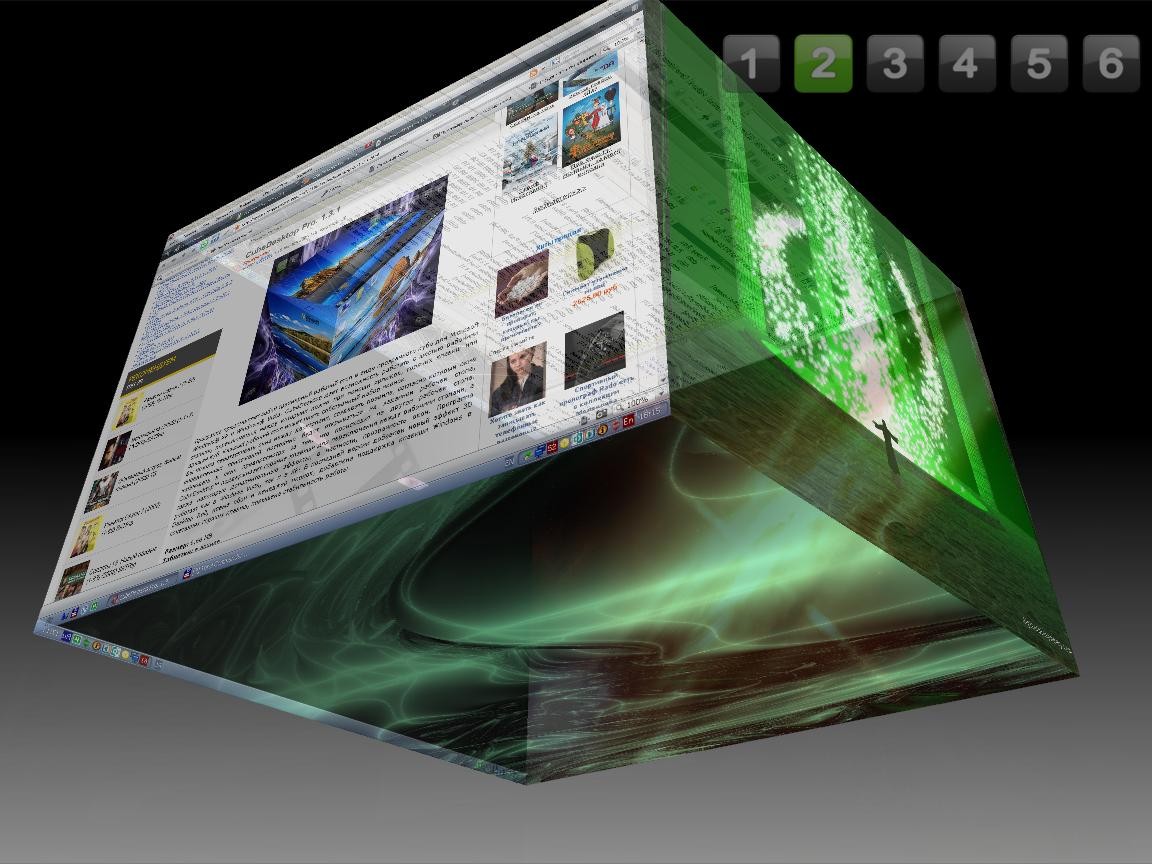 Ktulhu information about the seller and his items
offlineAsk a question

The program is a three-dimensional desktop in a transparent cube for Microsoft Windows® XP ™ and Windows® Vista ™. The program provides an opportunity to work with six desktops, you can switch between them using shortcuts, hotkeys or by turning the cube. Each desktop can have its own set of icons.

You can drag windows between desktops, create the rules under which certain applications are constantly window will be open on a given desktop, seen in the preview window of what is happening on the other desktop. The program supports hot keys for switching between desktops, as well as some additional effects, such as transparency of the windows. The program works in Windows Vista, and in XP! The latest version adds a new effect 3D Desktop Roll, new wallpaper and icon manager, adds support for the Windows key in keyboard shortcuts, improved stability.

Product Features:
- 6 desktops
- Update all sides of the cube
- Independent icons and wallpaper for each desktop
- Easy switching buttons on the taskbar
- Viewing the workspace pointer on the desktop number in the system tray
- Efeekty water (ripples)
- Plugin for quick switching between windows Window Exposer
- The ability to drag and drop application windows between the tables

Related to item "3D desktop in the form of a cube, very nice":

How to have a guaranteed profit on the sports exchange B